Tattoos have been a part of different cultures for ages, they are used to show faith or have spiritual meanings associated with them. Tattoos in Japan and Egypt are protective symbols. Buddhist culture has Mandala tattoos that depict the eternal nature of the universe. The Thai name for such tattoos is Sak Yant. 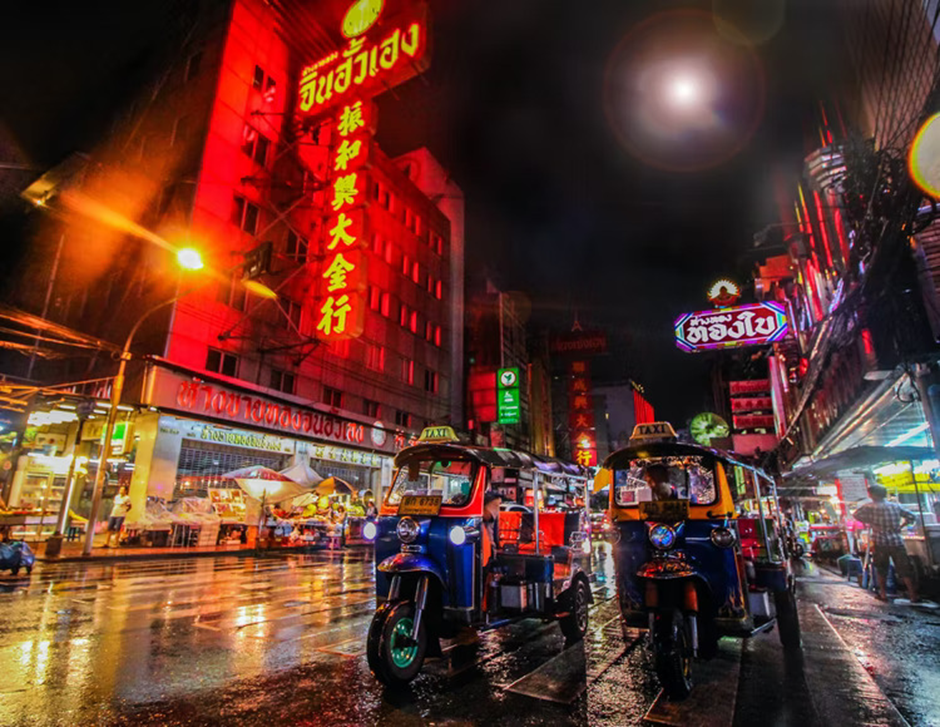 Originally, Sak Yant was not part of Buddhism. The religion itself spread throughout Asia, absorbing and mixing with local traditions like water flowing through a series of ponds. Shamanistic traditions mixed Sak Yants with Buddhist tradition. Thai Buddhism has many sects that incorporate Sak Yant into their practices. If a monk wishes to obtain the Sak Yant, he must seek out an ajarna or qualified monk to perform it. Although not all monks have them, they are widely accepted in Thailand. Christian missionaries did not approve of the Sak Yant when they began to infiltrate Thai cities in the late 19th century. This caused the tattoo to lose popularity in the coming century. Interestingly, it was Angelina Jolie's Sak Yant tattoo that is often credited with its resurgence in popularity. 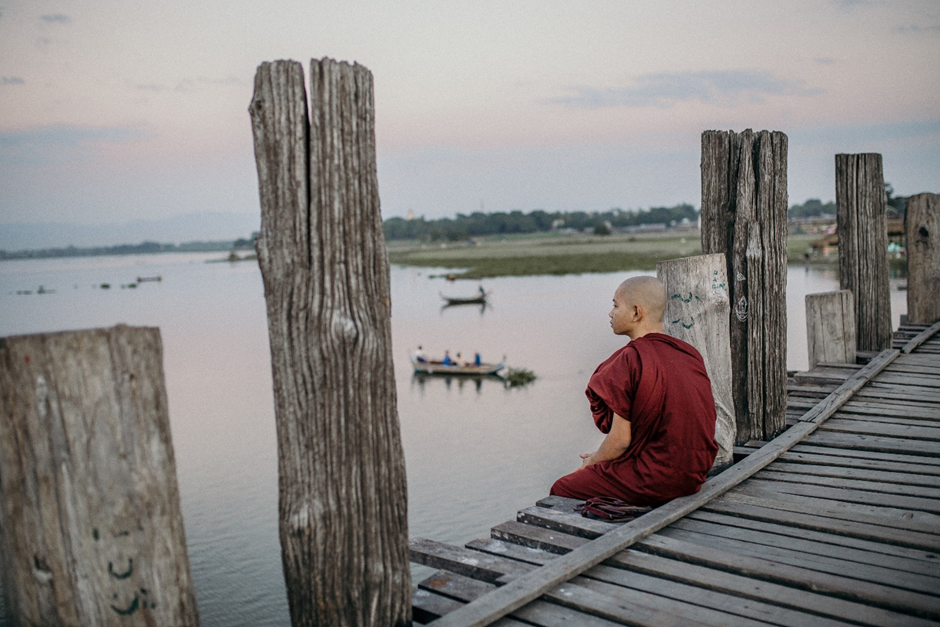 Sak Yant tattoos have different meanings. Many people have difficulty understanding it. Some of the reasons why

Understanding the patterns and meanings of Sak Yant requires many years of training and understanding. Knowledge of the magical languages, symbolic, sm, and blessings associated with each Sak Yant tattoo design. It is very difficult for Master Sak Yant to convey this knowledge succinctly, especially if you are unable to understand the Thai language. You can get the blessed tattoo on hand or generally on the chest or back.

There are different Sak Yant traditions, each with its own unique Sak Yant design and special meanings. Some Sak Yant masters do what they can to learn about other styles and some stick to their school of training. Slight editing of any text or changing the position of a Sak Yant design element can change the meaning. Even a very knowledgeable Master can find it

difficult to know the meaning of a Sak Yant tattoo from another Master. Because they all add their personalized knowledge to make each Sak Yant design unique

Sak Yant Tattoo From Tattoo Palor is nonsense.The Sak Yant designs you find online (and tattoo shops) are intentionally made poorly! Sak Yant masters have skills that require years of training to create magical texts and imbue them with magical power.

Sak Yant masters can recognize errors in the text and correct them to provide Sak Yant that has meaning. If you received a Sak Yant design from a tattoo shop, your Thai tattoo has no meaning because most of the text in the design is intentionally damaged and cannot be repaired by the tattoo artist.

Typically your first Sak Yant will be one from a Master Yant. These come (like Master Yants) with a wide range of blessings that cover 95% of people's desires.

Other, more complex, and elaborate Sak Yant designs, such as animals and sacred geometry, are considered advanced talismans for serious and dedicated believers. If you are a westerner looking for your first Sak Yant, 95% of the time it will be one of these 3 designs.

If you want to get a sak yant then the price varies on the size of the Sak Yant design but ranges from 1,000 baht to 12,000 baht. If you visit an Ajarn you will have a fee as well as an offering ceremony. Getting a Sak yant tattoo is good but it comes with its own set of rules

1. Do not kill another living creature

This includes any sentient being from man to the smallest insect. However, this does not prevent a person from eating meat sent by another person.

Pretty self-explanatory and related to the first rule of doing no harm to others. Lying can be difficult to follow in some cases because sometimes we lie to protect the feelings of others, but if you want the blessing to last your whole life, you must follow the rules at all times.

3. Do not be unfaithful

These third sak yant tattoo rules include avoiding marital affairs, cheating on partners or loved ones, and even avoiding wishful thinking. Only two unattached people should want or connect.

No one said these sak yant tattoo rules would be easy, but they are somewhat open to interpretation. Most open-minded people will not expect you to stay sober your whole life to keep the power of the sak yant blessing. Instead, this rule represents the need to avoid losing control over oneself. The drink itself is fine, being drunk (and certainly uncontrollably drunk) is not. You have been warned!

5. Don't talk bad about your family.

The last of the sak yant tattoo rules is about family. Family is of utmost importance in Thai culture. Most children do not leave the family home until they are married, many children remain at home until adulthood. Having respect, especially for parents and elders, is absolutely necessary. You must not speak ill of those you love and are closest to.

The monk or ajarn who performs your sak yant tattoo in Bangkok may ask you to follow any other rules they wish and/or that may be relevant to the properties of the sak yant you have received.

This may include, but is certainly not limited to – not committing evil deeds, not claiming or telling others about the magical properties of yantra tattoo you received, not boasting, not having feeling of superiority but remaining humble, not fighting or being violent towards others, not taking drugs, being charitable, and give to those less fortunate than yourself,

Don’t be jealous, greedy or possessive towards others out of many.

But the five rules of sak yant tattoos as mentioned above are mandatory for all sak yant tattoos. What you may be about to embark on is not just a tattoo, but a spiritual mark associated with a particular aspect of life. All followers of the Buddhist faith who undergo the procedure therefore take it seriously and should be you. Generally bamboo tattoo tthailand cpst 1000baht to 12000 baht. 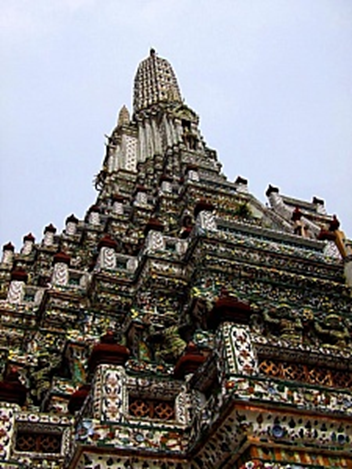 Some of the places to get tattooed in Thailand are:

Ajarn Fu is a master of his craft with years of experience. If you choose this opening for your sak yant in Bangkok, you can expect a spiritual experience in his blessed studio northeast of the city. You are in good hands with Ajarn Fu.

Ajarn Neng has been running his practice since 2007 and is one of the most revered and respected in the city. He is known for his powerful, expressive sak yants in Bangkok and has been trusted by the likes of Steven Seagal and Brooke Shields.

Studio Ajarna Ta may not be that glamorous, but the sak yant tattoos are done with absolute precision. It's also the closest open studio to the city center, so if you don't want to travel to the outskirts of Bangkok, this might be the place for you.

Ajarn Keng is another sak yant tattoo master in Bangkok and runs his blessed studio from Thai Tattoo Cafe. Like all the ajarns on this list, Ajarn Keng creates all of his work using the Thai hand poke method with a steel bar.

Ajarn Fluke is known for his intricate and detailed sak yant tattoos in Bangkok. It has a style that is somewhat different from other ajarns and is highly recommended. His studio is a few miles north of town, but easy to get to by taxi.

Ajarn Noo Kanpai is perhaps best known for giving Angelina Jolie her five line Buddhist blessing sak yant tattoo. Although she may be his most famous client, this sak yant master has ink for thousands of years to come.

Finally, you can opt for a sak yant tattoo at Wat Bang Phra, the closest temple in Bangkok that offers the procedure. As we mentioned above, the experience here will be completely different and the monk will choose your sak yant for you. Definitely worth considering for your sak yant in Bangkok and is by far the cheapest without being any less spiritual.